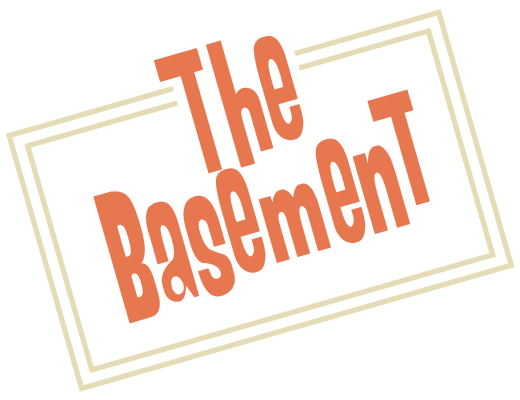 A versatile bunch but never ones to take themselves too seriously, The Basement is made up of several key ingredients. Certainly, not your typical musicians...

6 foot 3 sexy b*stard (his own words, nobody elses...) Dave has a vocal talent unrecognised in ancient history, but that fact hasn't stopped him having a glittering career around Chapeltown where he is held in very high regard for his abilities; mostly drinking abilities but he can pop the odd tune out now and then at the Karaoke bar.
A chance meeting led him to The Basement where he found his old Harrington jacket and original 1942 army issued desert boots.
Extremely accomplished on tambourine he was once third percussion understudy on the famous theme tune for children's TV show "The Clangers" and has provided grunt and flatulence samples to the BBC radiophonics workshop.

Six-String-Stevie (as nobody calls him) has been playing guitar since he started, apart from a brief 13 year period when he didn't. Not for him the glories of the 15 minute solo though, he is never more happy than when locking in tight with his best friend, the snare drum.

Stan is master of versatility. So long as he can hit it hard with a stick, any object is fair game.

Si (Simon for short) has been playing with his horn for over 40 years. Now, nearly blind, and following a 10 year abstinence on medical grounds, a calling to play Bari sax cropped up on Gumtree and a new love affair was born.
As Si said recently to a roving reporter from 'Postage Stamp Collector', "I'm loving it... in the old days, the girls were always impressed when I handled my horn on stage, but this new bigger one I've got takes matters to a whole new level. All they want to know is whether the bigger one is harder and whether they can have a blow on it!".
Widely recognised, owing to his stature, he's been known to create havoc round wildlife parks and zoos where keepers believe the elephants have escaped but is more recently to be found foraging the catering vans at gigs in search of his next top-up.
Si's long term dream is to be rejected by X-Factor on the grounds of having talent and therefore being unsuitable for the show.
Sitemap